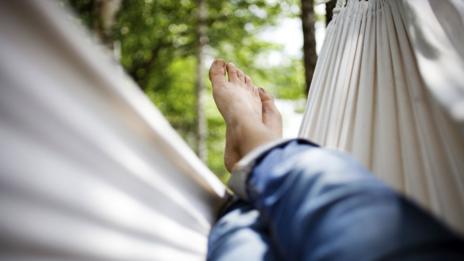 We’ve all heard of the merits of power naps, says Tiffanie Wen, but are there good and bad ways to sleep during the day?

Jenson Taylor made an insightful post on Google+, I’m reproducing it here as its topic -sleep- is important and has already come up several times. From my own experience, the observations hold quite true.

Studies show that the length of sleep is not what causes us to be refreshed upon waking. The key factor is the number of complete sleep cycles we enjoy. Each sleep cycle contains five distinct phases, which exhibit different brain- wave patterns.

If we were to sleep completely naturally, with no alarm clocks or other sleep disturbances, we would wake up, on the average, after a multiple of 90 minutes–for example, after 4 1/2 hours, 6 hours, 7 1/2 hours, or 9 hours, but not after 7 or 8 hours, which are not multiples of 90 minutes.

In the period between cycles we are not actually sleeping: it is a sort of twilight zone from which, if we are not disturbed (by light, cold, a full bladder, noise), we move into another 90-minute cycle.

A person who sleeps only four cycles (6 hours) will feel more rested than someone who has slept for 8 to 10 hours but who has not been allowed to complete any one cycle because of being awakened before it was completed.